In a recent discussion of plagiarism with some editors, I was reminded of an example from my own teaching experience that I now relate here for your amusement.

As a new prof I had the singular experience of an undergraduate handing in a paper to the course I was teaching on the sociology of education that, as it turned out, I had written when I had taken the same course a decade or so before. Unbeknownst to me, the paper must have been photocopied by a classmate of mine years before and entered into the frat files. The original title page must have long since been discarded by the frat boys as who knows how many times the paper had been recycled, so my student merrily retrieved it from the files, typed up a new cover page with his name, and handed it in to it's author. It took me a minute to recognize after all those years, but there was something about it that was strangely familiar. And as it occurred to me that it was in fact, my paper, I recognized that the typing had the cracked line through the 'e' that I had had on my typewriter that year. I actually went through the effort of digging through the garage to find the original paper, and yup, it was identical. So that was an 'F' for the student, and an anecdote for me. 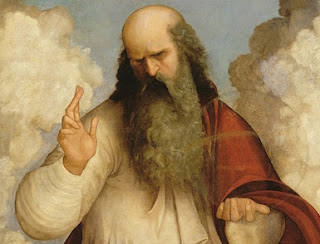 The other example that I recall from roughly the same period was a colleague of mine telling of the case of a seminary student in his PhD defense. The originally scheduled external examiner had called in sick, so the supervisor had located a replacement. "You're in luck," he had told the student, "Dr X from the University of Y in Germany is in Calgary for a conference and has agreed to fly up to sit in as your external. It's a great honor because he is apparently quite an expert on your topic." But of course, turns out he really was an expert because when he opened the student's dissertation, he discovered at once it was his dissertation translated from the German. Since one does not get a PhD in theology for translating someone else's doctoral thesis, that was another FAIL. But I have to say, great example of the direct intervention of God against someone unworthy of the doctor of theology, because how else to explain the coincidence? The poor bastard must have thought himself completely safe from discover (this being decades before the internet).

Moral of the story: don't plagiarize or god will get you. .